10 Most Famous Hacker and How They Got Caught 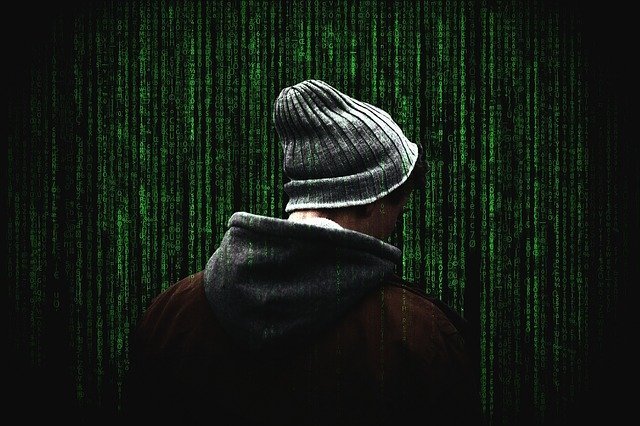 Famous Hacker, Black Hat Hackers, villains, crackers, cyber-criminals, cyber pirates as they are well-known, throw a malicious software or virus at a system to gain access to the desired information.

Piqued by curiosity, they may perhaps break into your system too. Hacking costs companies and consumers many millions of dollars each year.

For me, a “hacker” is one who enjoys observing details and understanding how things work and use this knowledge to improve things.

The world wide web which has become the hub for storing and restoring information, considered to be the safest vault, is a mere toy in the hands of a few computer geniuses.

Throughout history, there have been a myriad of hackers that the world has (or has not ) seen ;). I will not focus on pointing out the milestones he covered but his badass way of hacking.

10 Most Famous Hacker and How They Got Caught

Kevin Mitnick is one of the famous Hacker, A seminal figure in American hacking, Kevin Mitnick got his start as a teen. In 1981, he was charged with stealing computer manuals from Pacific Bell.

In 1982 he hacked the North American Defense Command (NORAD) and become a Famous Hacker, which inspired the 1983 film “War Games.” In 1989, he hacked Digital Equipment Corporation’s (DEC) network and made copies of their software.

Because DEC was a leading computer manufacturer at the time, this act put Mitnick on the map. He was later arrested, convicted and sent to prison. During his conditional release, he hacked Pacific Bell’s voicemail systems.

Throughout his hacking career, Mitnick didn’t exploit the access and data he’d obtained. While it’s widely believed that he once obtained full control of Pacific Bell’s network, Mitnik wasn’t out to exploit the results but wanted to prove it could be done.

A warrant was issued for his arrest for the Pacific Bell incident, but he fled and was in hiding for more than two years and become famous. When caught, he went to prison for multiple counts of wire fraud and computer fraud.

Gary McKinnon is a famous hacker who was also known by his Internet handle, “Solo.” Using that name, he coordinated what would become the largest military computer hack of all time.

This famous hacker must’ve been a curious, restless child, to gain information on UFOs, he thought it better to get direct access into the channels of NASA. He infiltrated 97 US military and NASA computers, by installing viruses and deleting a few files.

All the efforts to satisfy his curiosity, but, alas, curiosity killed the cat. It was soon found that McKinnon was guilty of having hacked the military and NASA websites from his girlfriend’s aunt’s house in London.

While entering and deleting the files from these websites wasn’t enough, McKinnon thought of shaming the security forces by putting out a notice on the website that said, “Your security is crap.”

Well, looks like McKinnon was something if he could shut down the US Military’s Washington Network of about 2000 computers for 24 hours, making the hack, the biggest military computer hack of all time!

Most people may have never heard of famous hacker Albert Gonzalez, but his accomplishments would make both Jesse and Frank James blush. Despite being only twenty-two years old at the time, Gonzalez was the mastermind behind the biggest credit card theft in recorded history.

By using a sniffer to seize computer data from internal corporate networks around the world, Famous Hacker Albert Gonzalez managed to resell approximately 170 million credit cards and ATM numbers. When arrested, the black hat hacker was sentenced to 20 years in federal prison.

Gonzalez, who went by the online moniker of “soup nazi,” learned to ply his trade as a high school student in Miami, eventually finding a home on a criminal commerce site called Shadowcrew.com.

Upon his arrest, Gonzalez “flipped” and began working with the government to implicate dozens of his former associates from Shadowcrew.

As an informant, Gonzalez orchestrated the theft of nearly 200 million accounts from major corporations.

In 2005, Gonzalez stamped his ticket into the Hackers’ Hall of Fame by staging the first serial data breach of credit information in history.

By creating backdoors using innovations in SQL, he and his crew stole approximately $256 million from US retailer TJX alone. During his 2015 sentencing, federal prosecutors declared Gonzalez’s victimization of other human beings to be “unparalleled.”

Kevin Poulsen, also known as Dark Dante, became Famous Hacker for his notoriety when he took over all the telephone lines of Los Angeles radio station KIIS-FM, guaranteeing that he would be the 102nd caller and win the prize of a Porsche 944 S2.

Poulsen also drew the ire of FBI, when he hacked into federal computers for wiretap information, for which he had to serve a sentence of five years.

He has reinvented himself as a journalist and has carved a niche for himself in this field.

Often, Famous Hacker Lamo would hack systems and then notify both the press and his victims in some cases, he’d help clean up the mess to improve their security.

However, Lamo took things too far in 2002, when he hacked The New York Times’ intranet, added himself to the list of expert sources, and began conducting research on high-profile public figures.

Because Famous Hacker Lamo preferred to wander the streets with little more than a backpack and often had no fixed address, Lamo earned the moniker “The Homeless Hacker.”

In 2010, 29-year-old Lamo learned he had Asperger’s Disorder, a mild form of Autism often called “geek syndrome” because people with Asperger’s have trouble with simple social interactions and display odd, highly focused behavior.

Many experts believe this explains Lamo’s entry into the world of hacking culture Asperger’s Disorder is reportedly prevalent among the hacking community.

Jonathan James was an American hacker, famous as the first juvenile sent to prison for cybercrime in the United States.

In 1999, at the age of 16, he gained access to several computers by breaking the password of a server that belonged to NASA and stole the source code of the International Space Station among other sensitive information.

His hacking allowed him to access over three thousand messages from government employees, usernames, passwords, and other sensitive data.

James was arrested in 2000 and was sentenced to a six months house arrest and banned from recreational computer use.

However, a probation violation caused him to serve six months in jail. Jonathan James became the youngest person to be convicted of violating cybercrime laws and becomes a famous hacker.

In 2007, TJX, a department store, was hacked and many customer’s private information was compromised.

Authorities suspected Famous Hacker James might be involved despite a lack of evidence.

Johnathan James eventually killed himself by gunshot in 2008. According to the Daily Mail, James wrote in his suicide note, “I have no faith in the ‘justice’ system.

Perhaps my actions today, and this letter will send a stronger message to the public. Either way, I have lost control over this situation, and this is my only way to regain control.”

If the films of the 1980s taught us anything, it is that nobody likes a hacker who nearly starts World War III, which is precisely what British hacker Matthew Bevan and Richard Pryce almost did in 1996.

The pair of famous hackers manipulated their way into multiple military networks including Griffiss Air Force Base, the Defense Information System Agency and the Korean Atomic Research Institute (KARI).

By dumping KARI research into American military networks, the duo of black hat hackers very nearly sparked an international incident. Luckily for everyone involved, the KARI data was from South Korea; had it been from North Korea, cooler heads may not have prevailed.

The incident did expose critical flaws in American military computer systems, but the lesson in catching hackers came with an unwanted amount of sweat and adrenaline.

Ian Murphy, also known as Captain Zap, at one point in time was having high school students steal computer equipment for him. Ian self-proclaims to have been “the first hacker ever convicted of a crime and become a famous Hacker.

famous hacker Ian’s career as a master hacker was fabricated in 1986 after he and his unemployed wife decided to form some type of business.

He has a long history of computer and Internet fraud. One of his favorite games is to forge Email headers and to send out third-party threat letters. Ian Murphy

Astra, a Sanskrit word for a weapon was the pen name of a hacker who dealt in the weapon stealing and selling.

While the real identity of the ASTRA remains untraced, officials have said that he had been wanted since 2002.

Astra sold the data to approximately 250 people from around the globe, which cost Dassault $360 million in damage.

Famous hacker Robert Morris, known as the creator of the Morris Worm, the first computer worm to be unleashed on the Internet. The worm had the capability to slow down computers and make them no longer usable.

As a result of this, the famous hacker Moris was sentenced to three years’ probation, 400 hours of community service and also had to pay a penalty amount of $10,500 after this incident he becomes a Famous Hacker.

Famous hacker Morris is currently working as a tenured professor at the MIT Computer Science and Artificial Intelligence Laboratory.

Although many other cybercriminals could have easily made this list, to say nothing of the untold number of famous hackers who have never been caught, there is no denying that some of the most prolific hackers accomplished some amazing things with little to no resources or equipment.