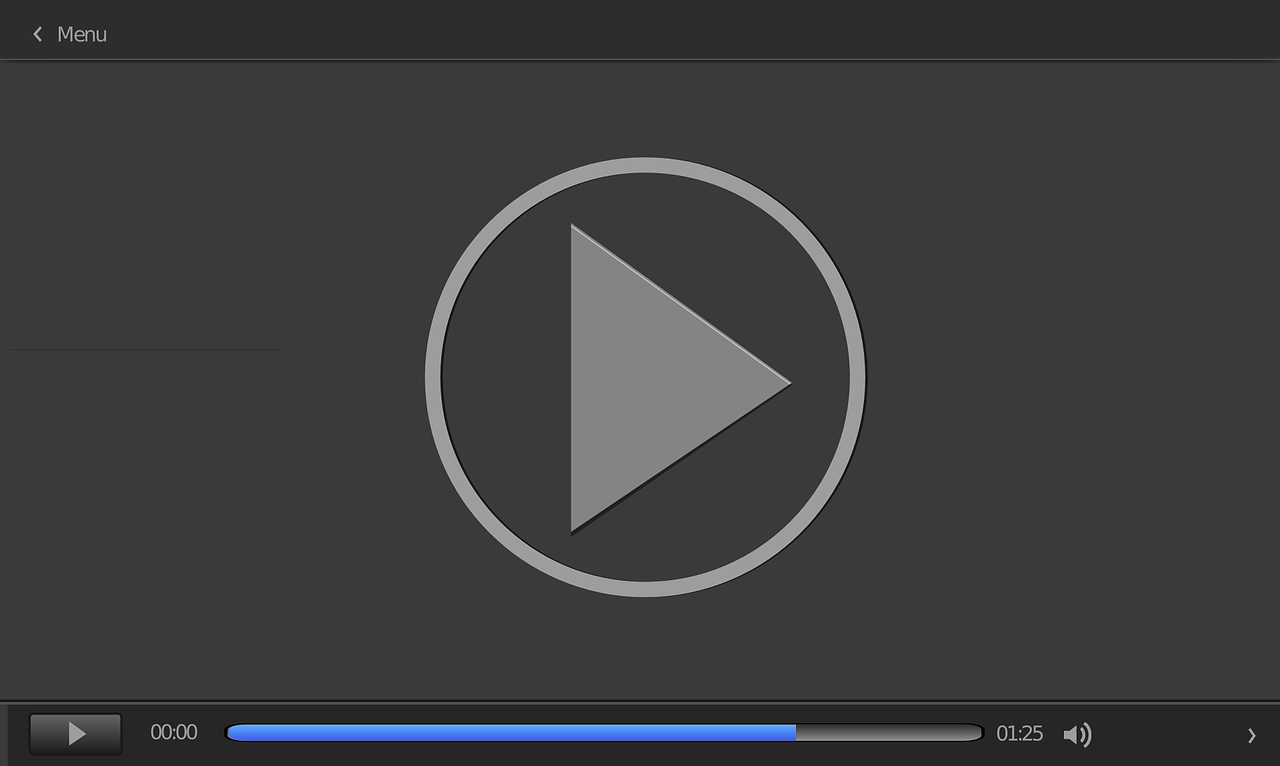 Media Players are the best way to Play any videos for better quality like its brightness, contrast, orientation, etc. and make more fantastic.

Over a period of time, the importance of media has grown at an exponential rate. We stream music and video almost every day with the increasing number of newer media formats, not all free media players are capable of running all popular file formats like MKV, FLV, AVI, MP4, MOV, etc.

But, for uninterrupted enjoyment, we need the best media players but before installing new software it is good to get some information about it, We all know that the quality of media consumption experience depends on the media player one is using.

Some Media Players lack audio codec support for certain files, while other Media Players are plagued by bugs, performance lags, and poor UI among other troubles.

One of the other difficulties in picking a media player is that every manufacturer would like you to believe their products are able to play all the formats, when in fact that isn’t true.

Apart from being a feature-rich software, a great media player also needs to be simple, intuitive, and lightweight.

Thankfully, there are tons of great free or inexpensive Media Players out in the market, choosing the right one for your computer is a challenging task. But if you’re looking for the best media player, you’re in the right place.

VLC Media Player is the most popular Video Player in the world. VLC is one of the best free and open-source media players around. Other players do less and are not even free.

The VLC Media Player may not have the looks of some of the other players, but one of the best things about it is that it’s completely free. if you have a media file that you just can’t open, chances are that VLC Media Player will be able to play it.

It can play all standard media types, including CDs, DVDs, and most popular video formats like MP4, AVI, and MKV. No need to download, install, and fiddle with codecs.

VLC Media Player can also help you convert video files from one format to another, save YouTube videos for offline playback, and record your own videos using your webcam. If you’re a music fan, you can use VLC Video Player to play your music with your own VLC music playlists.

GOM Media Player offers a lot of advanced functionality for playing back videos. The Video Player software can handle 360-degree and 8K videos, as well as offers the option to play Youtube videos on your desktop.

The GOM Media Player is loaded with all basic functionalities with Screen capture, Video player capture, speed control, A-B repeat being the most prominent ones.

It can support multiple video formats including MP4, FLV, AVI, MKV and many more. Apart from this, the Media Player comes with several customization features to suit users’ requirements.

All-in-all with its easy navigation and user-friendly interface, GOM makes a perfect choice for people looking for a completely free Windows media player.

Pot media Player has tons of features and specialties that can easily give VLC a run for its money. This video player for PC is developed by a South Korean internet company named Kakao.

This capable media player has gained immense popularity in recent years. PotPlayer also supports every popular media format and OpenCodec helps users to add different codecs as per their preference.

5KPlayer is one of the more comprehensive free options for not just watching videos, but managing your entire video collection.

The Media Player software allows you to add your entire computer video library, so you can select videos from within 5KPlayer rather than searching your hard drive.

On top of that from this media player, you can stream videos right from Youtube and use Apple’s AirPlay to display videos across multiple devices.

5KPlayer should be on your list of go-to video players that do a good job playing back ultra-high-resolution videos such as 4K, 5K, and 8K.

The media Player seems that ultra-high-resolution is the way of the future, as more and more TV and movie producers are getting on board with the technology. Therefore, you need good software that can play such a video at your leisure.

Unlike some of the other free media players, 5KPlayer also features the ability to convert between file types, take snapshots of moving video, and even create radio stations.

One of the leading sources for video playbacks and content discovery! The Media Player is highly rated for its record-breaking viewership and can serve efficiently like a standalone video player.

To increase its compatibility even further, you can add external codecs. With support for 3D, 4K, UHD support, users can enjoy high definition videos on their devices.

KM Player is also known for its wide range of support for formats. Users have lots of choices in this Media Player when it comes to audio and video effects, which makes sure that you don’t have the dearth of any feature or support.

You can choose the parts of videos as favorites, make them repeat, remap the keys for remote interface, etc. You also get the feature of editing subtitles right inside the media player.

It’s come a long way since it first launched over a decade ago, and the newest version is a strong competitor to the likes of VLC Media Player and other free playback options.

Helpfully, this Video Player software is also very lightweight. It’s designed to work on the same computers that the original Media Player Classic worked on, which means it takes very little processing power.

Still, it supports almost every type of media file, including 360-degree and 8K videos.

Tap the top half for Play/Pause, tap the bottom half to toggle the controls. Swipe left-right to rewind and fast-forward, swipe up-down for volume. Obviously this app was designed for Windows 10 tablets, but keyboard shortcut alternatives exist too.

Advanced features in this Media Player include gesture customizations, multiple window mode, playlist management, online stream playback, and the ability to tweak subtitle appearances and animations. You can also opt for Ax-Lite Video Player, which is a faster version with some of the features cut out.

In short, ACG Media Player is one of the few apps in the Microsoft Store worth using. It may be barebones, but it’s more than enough.

Get complete control over online media with this incredible and free Windows Media Player. It is known to support as many video formats that you can think of.

The biggest highlight of this Video Player is its ability to support HEVC videos which ensure premium quality media experience.

It is completely free from annoying ads and has several advanced converter features to offer.

Kodi Media Player is specially designed to serve crazy movie lovers. Its full-screen interface is interactive enough and you will also be able to listen to music through this player.

One can also watch images while enjoying the movie but will serve good only if you have a rich media browsing experience.

Like VLC, Kodi Media Player is capable of playing pretty much any media file you throw at it. It can handle network-attached storage devices with ease, allowing you to play your TV and movie catalog over your local network.

Third-party add-ons, as we’ve mentioned, help to extend Kodi’s functionality further, allowing you to play content from other sources online. Not all of these are piracy-related, with add-ons available for Netflix and YouTube playback.

Media Monkey may just be the king of video and audio library management. With a built-in, highly organized database, MediaMonkey video player can handle over 100,000 audio and video files without missing a beat.

The Media Player also features some very smart tools, such as volume normalization so you never need to adjust the volume again when playing back files of different volumes.

This makes this Media Player great for parties and other events where background music is needed. Combine this with auto-tagging and auto-file renaming, and Media Monkey can work perfectly at the center of any home media set-up.

The Media Player works with MP3, OGG, MPC, WMA, WAV, VQF, FLAC, APE, and FLAC, etc. There’s also a paid version that is well worth a look for some extra tools it offers, such as advanced search functionality and auto-playlist generation.

Plex Media Player aims to streamline consumption, bringing together all of your services and devices under a single, unified platform.

Users can add all the folders and files they want to their Plex library, after which they can stream them to any device capable of running Plex.

These days, most people do not simply use their own stock of movies and music, either. Streaming services have become one of the dominant ways of consuming media, and Plex recognizes this, incorporating apps for services like Netflix and Spotify into its framework.

Audio files also open quickly, with no noticeable problems. Derived from the same XBMC software like Kodi, Plex can play all of the common formats that the aforementioned programs can.

A sparse, easily navigated interface makes Plex perfect for those who want all their media in one convenient place.

MPV Media Player, in my opinion, is the most barebones video player you’ll ever use. A beautifully minimalist UI which only has the basic playback controls, a sleek bar, a subtitling tool and a full-screen button on the home screen.

The Video Player software is basically a dream-come-true for those who want nothing but a no-frills-no-fuss video player experience.

MPV’s start screen is blank, like totally blank, with no buttons or tools. You have to drag and drop a video file to play it.

But let me tell you, MPV Media Player starts playing a video at lightning-fast speed, quicker than any video player I have ever used in my life The software is exceptionally light and does not hog system resources.

The open-source video player is a favorite among Linux users and is rapidly rising in popularity in the Windows ecosystem too, especially among folks who just want a simple, fast and reliable video player, something MPV does quite well.