What is Cyberforensics and its Role in Cybercrime 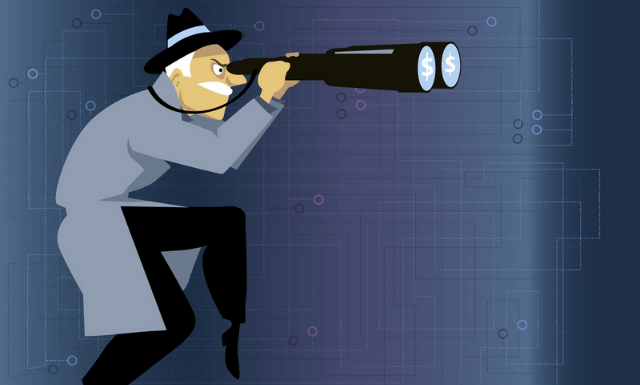 Cyberforensics is an electronic discovery technique used to gather and preserve evidence from a particular computing device that determines and reveals technical criminal evidence.

Cyberforensics often involves electronic data storage extraction for legal purposes. The term forensics literally means using some sort of established scientific process for the collection, analysis, and presentation of the evidence which has been collected.

However, all forms of evidence in Cyberforensics are important, especially when a Cyber-attack has occurred.

Cyberforensics is the discipline that combines the elements of law and computer science to collect and analyze data from computer systems, networks, wireless communications, and storage devices in a way that is admissible as evidence in a court of law.

Cybercrimes cover a broad spectrum, from email scams to downloading copyrighted works for distribution, and are fueled by a desire to profit from another person’s intellectual property or private information.

Cyberforensics can readily display a digital audit trail for analysis by experts or law enforcement. Developers often build program applications to combat and capture online criminals; these applications are the crux of cyberforensics.

Although Cyber forensics is most often associated with the investigation of a wide variety of computer crime, computer forensics may also be used in civil proceedings. The Cyberforensics discipline involves similar techniques and principles to data recovery, but with additional guidelines and practices designed to create a legal audit trail.

What is Cyberforensics and its Role in Cybercrime

Steps Involved in Conducting a Cyberforensics

This first part ensures that the Cyberforensics investigator/examiner and his or her respective team is always prepared to take on an investigation at literally a moment’s notice. This involves:

At this stage, the cyberforensics team receives their instructions about the Cyber-attack they are going to investigate. This involves the following:

This involves the actual collection of the evidence and the latest data by the Cyberforensics team from the computer systems and another part of the business or corporation which may have also been impacted by the Cyber-attack.

Obviously, In Cyberforensics there are many tools and techniques which can be used to collect this information, but at a very high level, this sub-phase typically involves the identification and securing of the infected devices, as well as conducting any necessary, face to face interviews with the IT staff of the targeted entity. Typically, this Cyberforensics sub-phase is conducted on-site.

This is the part of Cyberforensics where the actual physical evidence and any storage devices which are used to capture the latent data are labeled and sealed in tamper-resistant bags.

These are then transported to the Cyberforensics laboratory where they will be examined in much greater detail. As described before, the chain of custody starts to become a critical component at this stage.

This part of the computer forensics investigation is just as important as the previous step. In this part of Cyberforensics all of the collected evidence and the latent data are researched in excruciating detail to determine how and where the Cyber-attack originated from, who the perpetrators are, and how this type of incident can be prevented from entering the defense perimeters of the business or corporation in the future.

What does Cyberforensics Expert Do

A Cyberforensics Expert is a digital detective, harvesting and analyzing evidence from computers, networks and other forms of data storage devices.

It’s important to note that Cyber forensics experts usually deal with the aftermath of an incident they’re not normally involved with countering a cyber attack or stopping an illegal act as it’s occurring.

Role of Cyberforensics in crime

The role of cyberforensics in criminal investigations is constantly increasing because of the skill that is required to retrieve information and use it as evidence. Though this task appears to be difficult for cyber forensic investigators, this is their expertise.

Therefore, the demand for skilled professionals in Cyberforensics is also growing. In the year 2015, Forbes Magazine declared the cyber forensic investigation as the number one profession.

Cyberforensics is not just a critical position but the one that supports law enforcement by helping in solving the cases and impacting the overall efficiency of the team.