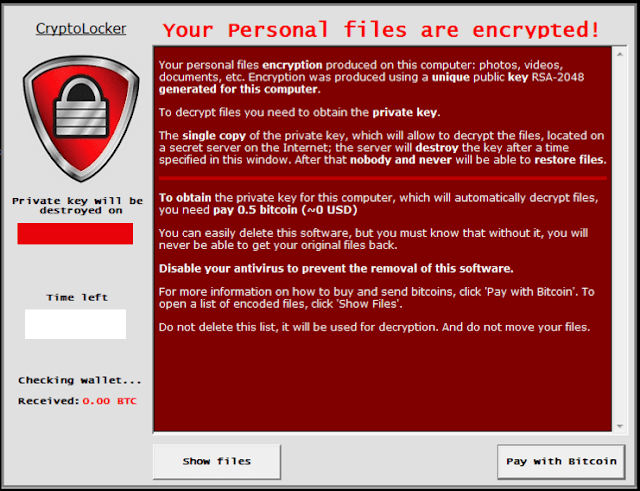 Ransomware stops you from using your PC. It holds your PC or files for “ransom”. This page describes what ransomware is and what it does, and provides advice on how to prevent and recover from Ransomware infections.

May 12th, 2017 saw the biggest ever cyberattack in Internet history (yes, bigger than the Dyn DDoS). A  Ransomware named WannaCry stormed through the web, with the damage epicenter being in Europe. wanna cry leveraged a vulnerability in Windows OS, first discovered by the NSA, and then publicly revealed to the world by the Shadow Brokers.

In the first few hours, 200,000 machines were infected by Ransomware. Big organizations such as Renault or the NHS were struck and crippled by the attack. Ransomware has been a growing trend for the past two years, and this is just a culmination, a grand reveal to the wider world of just how big of a threat it is. But we’ve been writing about this for a while now.

There are two types of  Ransomware in circulation

Crypto- Ransomware, as encryptors are usually known, are the most widespread ones, and also the subject of this article. The cybersecurity community agrees that this is the most prominent and worrisome cyber threat of the moment.

What does  Ransomware do?

There are different types of   Ransomware. However, all of them will prevent you from using your PC normally, and they will all ask you to do something before you can use your PC. They can target any PC users, whether it’s a home computer, endpoints in an enterprise network, or servers used by a government agency or health care provider. Ransomware can:

Ransomware has some key characteristics that set it apart from other malware:

Their feature list keeps growing every day, with each new security alert broadcasted by our team or other malware researchers. As families and variants multiply, you need to understand that you need at least baseline protection to avoid data loss and other troubles.

Encrypting   Ransomware is a complex and advanced cyber threat which uses all the tricks available because it makes cybercriminals a huge amount of money. We’re talking millions! If you’re curious how it all started, it’s time to go over: As you can see for yourself, things escalated quickly and the trend continues to grow.

Cybercriminals are not just malicious hackers who want public recognition and are driven by their quest for cyber mischief. They’re business-oriented and seek to cash out on their efforts. Ransomware is here to stay. The current conditions are a perfect storm which makes it the easiest and viable source of money for any malicious hacker out there:

Cybercriminals soon realized that companies and organizations were far more profitable than users, so they went after the bigger targets: police departments, city councils, and even schools and, worse, hospitals! To give you some perspective, nearly 70% of infected businesses opted to pay the ransom and recover their files.

More than half of these businesses had to pay a ransom worth $10,000 to $40,000 dollars in order to recover their data. But for now, let’s find out how online criminals target various types of Internet users. This may help you better understand why things happen as they do right now.

How do ransomware infections happen?

Ransomware uses several evasion tactics that keep it hidden and allow it to:

The rationale is simple: the longer a malware infection can persist on a compromised PC, the more data it can extract and the more damage it can do.

So here are just a few of the tactics that encryption malware employs to remain covert and maintain the anonymity of its makers and distributors:

15 Items to take your ransomware protection to the next level

Locally, on the PC