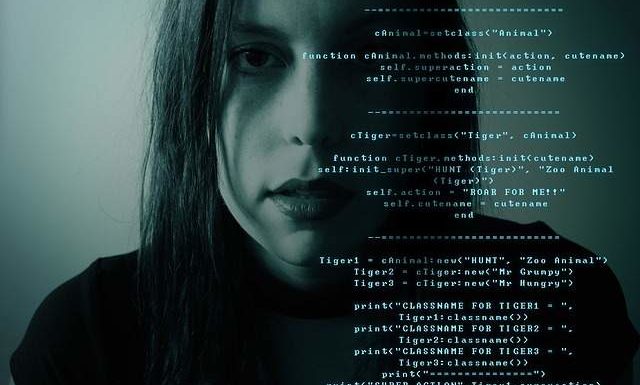 Hacking Simulators are known for simulating hacking operations and playing a lot of hacking games online and tricks.

These hacking simulator games aren’t just a way to kill time but are often an excellent way to sharpen your hacking skills.

Hacking is a skill that needs to be brushed on to stay on track with the latest security and network penetration methodologies.

Through these hacking simulators online games, you can experience the scenarios and challenges that a hacker faces today.

We’ll introduce you to some of the most exciting hacking simulator games. Maybe you will discover the potential hacker that hides inside you.

There is a wide variety of hacking simulators game many of them have little to do with hacking rather than providing legitimate hacking practices and principles.

But all good ones use the principles of hacking and often a lot of hacking skills and techniques, meaning you can put your skills to the test.

Hack The Box is one of the most popular hacking simulator games, is an online platform to test and advance your skills in penetration testing and cybersecurity.

These hacking simulators game is focused on testing your penetration testing skills and also give you a platform to share advice and ideas with other hackers.

This hacking simulator game contains several realistic hacking challenges, some of them based on real-world scenarios, that are frequently updated.

These online hacking games also offer many machines for hacking, along with restricted ones, which come as Free and VIP editions.

Simulated user environments will allow hackers to practice their skills by lurking around and looking for the sweet spot to penetrate the network.

In order to use this hacking simulator, a user needs to crack an invite code challenge, which pops up once you click the ‘Join’ button.

Get Hack The Box

This hacking simulator game is composed of puzzles and challenges which will bind the users to secure the wins as this good fortune can be stolen by other hackers.

So you must be able to break through and also build strong defenses. This hacking simulator has command-line Interference and an evolving computer network.

This hacking Simulator game begins with a single-player mode where it takes you slowly into the hacking phase.

And then slowly moves into the multiplayer sandbox where you will be exposed to scripts.

And how to build an effective defense against other players by developing new tools, forging alliances, and laying traps to steal other players’ fortunes.

To survive in this hacking simulator, it is necessary that you have basic notions of Javascript or some other programming language. Are you ready to defend yourself?

This hacking simulator game is a text-based puzzle game that works on the mining concept through which hackers will get the information to execute commands, and multiple mini-games to complete the game.

In this hacking simulator game, you take the role of a hacker Engaged in cyberwarfare with black hat groups and hostile states.

You will be in a struggle to penetrate highly secure targets specially built for the hacking environment based on real military and industry tools to perform offensive computer operations.

And coordinate strike teams on the ground to carry out missions that feature real espionage tradecraft terminology taken from leaked NSA documents.

Uplink is a video game hacking simulator of the cinematic depiction of computer hacking.

The hacking simulator game starts with a story mode, where you play the role of an agent whose job is to work for major corporations which includes hacking routines.

This role develops and the agent starts earning money for his actions, by which you can upgrade your systems, and software, develop your skills and increase your agent level.

In this Hacking Simulators game if an Increase in your agent’s level, you will be offered more complicated and critical projects for better profit.

With the variety of missions and hacking projects, this game is more of the Grand Theft Auto version of the hacking list.

This hacking simulator game is a highly immersive terminal-based hack simulator for PC. By Hacknet You Travel through IP addresses and establish links with clandestine hacker communities.

This hacking simulator game takes you on a journey through the instructions of a recently deceased hacker.

The Hacker left instructions before he died under suspicious circumstances. As you develop deeper into this hacking simulator game there are mysteries to solve and secrets to explore as you hack your way through the unraveling story.

This hacking simulator game provides the user with a terminal and it is necessary to have at least basic knowledge of commands similar to Linux.

In the hacking simulator, you will face Black Hat hackers. Hacknet will surely become one of your favorites.

This Hacking simulator game, unlike most of the others on the list, is aimed at complete beginners.

This hacking simulator hacker game is for those of you who have always wanted to try hacking but fear you lack the technical skills, this simulator game should help bridge the gap.

The Bandit Wargame hacking simulator has 34 levels and you start at level 0, working your way up through the levels by completing hacking challenges.

In this hacking simulator game, a fair amount of learning is involved in this game, in order to raise your skill level significantly as the game progresses.

This hacking simulator game consists of a series of challenges centered around a unique storyline where participants must reverse engineer, break, hack, decrypt, or do whatever it takes to solve the challenge.

The hacking game’s challenges are all set up with the intent of being hacked, making it an excellent, legal way to get hands-on experience.

The game says it’s targeted at middle and high school students, and only over 13s are eligible to play.

The hacking simulator game website runs annual hacking game competitions so you can test your skills. If you are in the age group eligible to apply, the prizes are also impressive.

RingZer0 Team’s online CTF is a hacking simulator that offers you tons of hacking challenges designed to test and improve your hacking skills.

As you complete challenges you can move your way through the rankings against other users also completing the challenges.

If you need help or fancy a bit of socializing, you can also join the game’s Slack channel. For those of you who don’t know, Slack is a cloud-based collaboration tool, that offers chatrooms, private groups, and direct messaging.

The Secret Republic of Hackers hacking simulators have a futuristic environment where you can even design your own hacking missions.

Most of the graphics in this simulator have been designed by volunteer programmers, as well as 50% of the soundtrack.

Hacking skills are automatic and random. The user has tools such as viruses and terminal-based missions.

Players can participate in battles or games through a network of nodes in which players can hack each other. You can also make use of simulated servers and more.

Hackers Online is an MMO hacking Simulator game for Android cell phones. You can upgrade your hardware and software, use your A.I

And tools to hack into other players and corporations to steal and decrypt secret files, or join a guild and conspire to gain access to other guild data centers’ main server and destroy it by planting DDoS bots into other players!