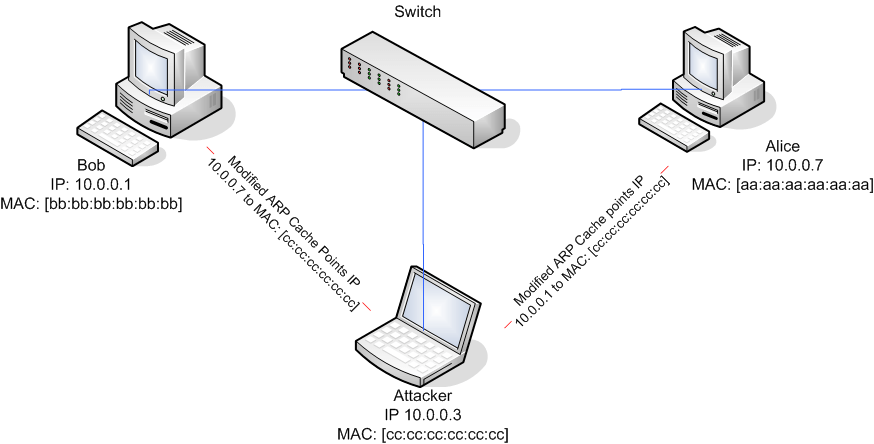 ARP spoofing (Address resolution protocol) is a technique that causes the redirection of network traffic to a hacker.

The basic principle behind ARP spoofing is to exploit the lack of authentication in the ARP, it is a type of attack in which attacker sends fake Address Resolution Protocol (ARP) messages inside a Local Area Network (LAN).

This results in the linking of an attacker’s MAC address with the IP address of a legitimate computer or server on the network. Through the LAN, the packets are being exchanged using the physical MAC addresses as the base network identifier rather than the IP addresses.

After the attacker’s MAC address is injected into a poisoned ARP table, any traffic sent to that IP address, will be routed to the attacker’s hardware instead of the real owner’s IP.

How does ARP spoofing work?

It is meant to steal some data intended for the target victim.

ARP spoofing attacks can have serious effects on enterprises. At their most basic level,  these attacks are used to steal sensitive information from the company. Apart from this, this type of attacks is often used to facilitate other attacks like:

The following methods are recommended measures for detecting, preventing and protecting against these attacks:

The techniques that are used in ARP spoofing can also be used to implement redundancy of network services. For example, some software allows a backup server to issue a gratuitous ARP request in order to take over for a defective server and transparently offer redundancy.